This is the last four matches of LaLiga, Match Day 5 of 38. The highlights are appended below the points table. 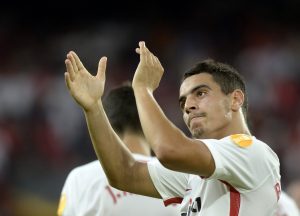 Struggling to figure out Sevilla this season. Scored zero in defeats to Betis and Getafe and had a 0-0 against Villarreal. These results sandwiched between great away wins, 4-1 at Rayo and 6-2 at Levante.

Both those wins featured a hat-trick (Silva & Ben Yedder). Erratic#LaLiga

After two goals in the #UEL on Thursday, Wissam Ben Yedder scores a hat-trick as Sevilla win 6-2 at Levante. ?? pic.twitter.com/iPlqglnTeR

Match 8 of 10: Villarreal vs Valencia 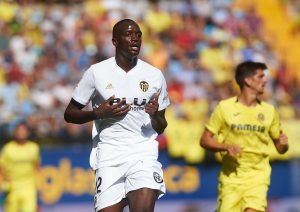 Not the #ValenciaCF that many have been expecting for this season, after how they ended the previous #LaLiga season.

And now, goalless draw at #Villarreal. Coincidentally enough, where Marcelino was last at.? #VillarrealValencia https://t.co/2aFTyDvhHG 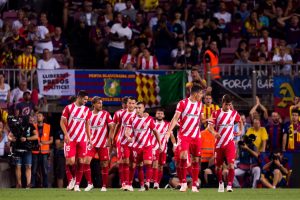 I actually made West Ham – Chelsea draw and Real Betis – Athletic Bilbao draw and both went in
Now Lyon can’t lose, Barca and Juve have to win and I win 10K and in total this weekend have won 15K 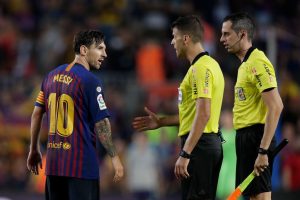 – Got free tickets to Barcelona away to compensate for the return match being played in Miami ✅
– Saw their team earn a 2-2 draw at the Nou Camp ✅
– Found out the return game won’t be played in Miami because the Spanish FA vetoed it ✅#WinningInLife pic.twitter.com/IpUJn7GFqP

What a Sunday of DRAWS.

CHELSEA FC draws their match. Barcelona FC draw. AC Milan FC also a draw. Worst of all, Adeleke vs Oyewole produced a re-run to be played on 27/09/18 for a winner to emerge.

What a way to usher in pregnant week ahead!

May the replay favour Me, amen.