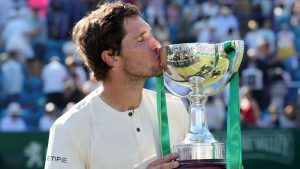 Rafael Nadal remains at the top of the Men’s Singles Tennis rankings followed by Roger Federer and Alexander Zverev who are placed 2nd and 3rd in the rankings. Mishca Zverev won the Eastbourne International to jump from the 67th spot to the 43rd rank. Borna Coric also broke into the top 20 after he replaced Lucas Pouille who moved to the 19th position in the Men’s Singles Tennis rankings. 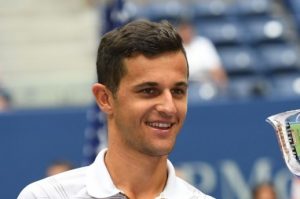 Mate Pavic remains at the top of the Men’s Doubles tennis rankings followed by Oliver Marach and Lukasz Kubot who are placed 2nd and 3rd respectively. Meanwhile, Pakistan’s Aisam-Ul-Haq Qureshi dropped down 3 ranks as Maz Mirnyi, Franko Skugor and Jan-Lennard upgraded their ranks.

The French Open 2018 winner, Simona Halep retained her rank at the top of the Women’s Singles ranking followed by Caroline Wozniacki who won the Eastbourne Women’s Singles to remain at the 2nd position. Meanwhile, Angelique Kerber broke into the top 10 ranks after she replaced Madison Keys. Petra Kvitova also moved up one rank by replacing her fellow national, Karolina Piskova for the 7th position.

Ekaterina Makarova and Elena Vesnina share the number one rank in teh Women’s doubles tennis rankings. The 3rd rank was taken by Timea Babos after she replaced Latisha Chan. Meanwhile, Gabriel Dabrowski upgraded her position by one rank after replacing Barbora Krjcikova. The biggest jump was made by Irina-Camelia Begu who upgraded her rank by 5 places and is now placed at the 29th position.

Saudi Games 2020: To Go Ahead Despite C’virus Epidemic