LAHORE: The second day of the U16 Boys Championship continued with competitive performances in various sports.

The Lahore Division – Inter-District U16 Boys Championship is being held by Sports Board Punjab (SBP) in collaboration with other sports associations, under the slogan of ‘Green and Healthy Punjab’

On the 2nd Day, the sports wise highlights & results were: 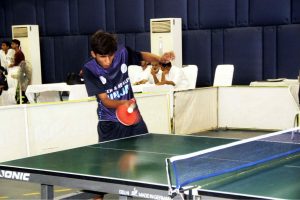 Lahore table tennis team trounced Nankana Sahib quite comfortably by a big margin of 3-0. Lahore boys dominated the match proceedings right from the beginning and did not allow their opponents to settle down throughout the match. Lahore’s Taimur Khan, M Hasan and Abdullah defeated Nankana’s Armghan, Shahzad and Abdul Wahid respectively.

Sheikhupura boys also demonstrated excellent game and won their match by 3-1 against Kasur. 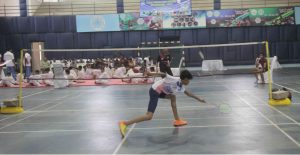 Lahore team toppled Nankana Sahib 2-0. Lahore’s Saad beat Nankana’s M. Ahsan in the singles match with the scores of 21-9, 21-7. Saad and Usman of Lahore teamed up to outplay Nankana’s Ahsan and Hashim in the doubles contest without much trouble. The scores were 21-12, 21-10.

Sheikhupura whitewashed Kasur by 2-0 difference. In the singles match, Sheikhupura’s Zubair pulverized Kasurs’ Sahil by 21-7 and 21-18 while Zubair in the company of Umer defeated Kamran and Saad of Kasur by 21-9 and 21-8. 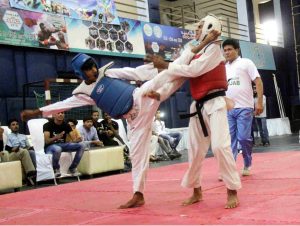 The Taekwondo match results were:

Sheikhupura defeated Kasur by 2-0 in the match played at NPSC Gymnasium Hall on Tuesday. Sheikhupura won the first set by 25-9 and second by 25-8 to make it one-sided contest.
Lahore team was awarded walk-over against Nankana team which failed to reach the match venue in time.

The schedule of the matches of the ongoing U16 Boys Championship to be held on 19th July are as follows: