John Stones heads in the opening goal, giving the Three Lions a 1-0 lead in the 1st half #WorldCup pic.twitter.com/YkiYv5awJy

Kane with the clinical strike on the penalty to put England up 2-0! pic.twitter.com/kFm502AKhv

What a penalty kick this is from Harry Kane. His 3rd #WorldCup goal in 2 games, plus his sixth in his last five games for #ThreeLions 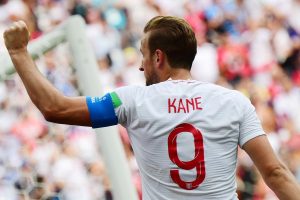 Hit for 6!!! @HKane get’s himself a hattrick and puts himself in the lead for the golden boot #ENG 6 #PAN 0 pic.twitter.com/C6cFuFMkhF

Harry Kane leading the golden boot race in typical fashion. 2 tap-ins, 2 penalties, and somebody else’s shot that bashed into him and turned into a goal. Never seen someone score so many shit goals. He’s like a super hero who got his powers from eating industrial glue.

Harry Kane banging a hattrick at the World Cup whilst Saido Berahino is doing balloons getting pissed at the weekend watching him.

At one point many would have said Berahino was ahead of him.

Difference between hard work and being a prick!

Kindly teach me how to score penalties.

Moussa Wague restores the lead for #Senegal against #Japan! Great passes by Mané and Sabaly to create the chance, and an emphatic finish at the back post. 2-1 now. #JPNSEN #LionsOfTeranga #SEN pic.twitter.com/vxmmozd2bG 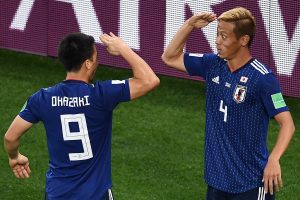 3 – Takashi Inui ?? has scored 3 goals in his last 3 games with Japan, more than in his first 26 (2). Skills. #JAPSEN #WorldCup pic.twitter.com/sDrBcGRZzj

Keisuke Honda has scored 4 goals in his #WorldCup career, double any other Japanese player.

He has scored or assisted 7 of Japan’s last 10 World Cup goals. pic.twitter.com/eUU24su8NV

Moussa Wagué is the youngest ever African player to score a goal at the #WorldCup.

14 – Senegal haven’t lost any of the previous 14 international matches that Sadio Mané has scored in, winning nine games and drawing the other five. Catalyst. #JAPSEN #SEN #WorldCup pic.twitter.com/lyYSIDuOBH

Sadio Mane isn’t half the player for Senegal that he is for Liverpool. No where near the same bustle, commitment and energy levels.

Juan Cuadrado is the first Juventus player to score a goal in the World Cup 2018. pic.twitter.com/UGAeDQbseJ

Only two players have scored in back-to-back #WorldCup tournaments for #COL:

Juan Cuadrado’s game by numbers vs. ??:

Radamel Falcao is striker jesus and I am still not over the fact that LvG didn’t trust that his knees would recover. FUCK HIM AND FUCK EVERYONE WHO DOUBTED FALCAO. #ELTIGRE

FT Poland 0-3 Colombia. Poland dumped out, Colombia’s World Cup reignited after classy performance. The Quintero show, 32-year-old Falcao’s first World Cup goal & ANOTHER Yerry Mina header. They’ll be dancing on the streets of Kazan tonight, but job not yet done. On to Senegal.