After two defeats, already eliminated Peru record its first victory in the 2018 World Cup
beating Australia 2-0 to finish third in Group C with a superb volley from the edge of the box by Andre Carrillo pic.twitter.com/nlpzucIbSx

Peru captain Paolo Guerrero gets his #WorldCup goal after almost not playing in the tournament.#AUSPER pic.twitter.com/rjirvTuvsf 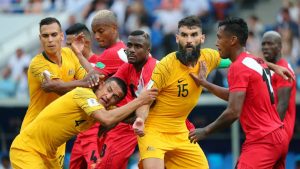 It’s a shame Australia are going out of the World Cup. They gave it their best as far as I’m concerned. But I ain’t spending any time on it because in the meantime, every three months, a person is torn to pieces by a crocodile in North Queensland.

Andre Carrillo leaves the pitch and the entire stadium stands up. #PER‘s player of the tournament.

Standout performers for #PER in this #WorldCup.

– 2017: Tested positive for drugs and banned by FIFA from all competitions

– 2018: Ban temporarily lifted and gives Peru a 2 goal lead against Australia in the #WorldCup#PER#AUSPER pic.twitter.com/6ymcsgPCtj 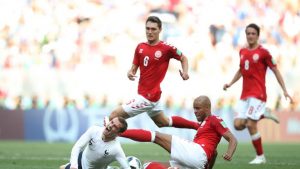 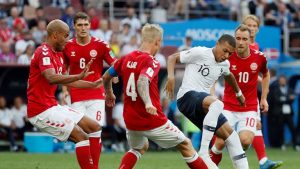 The 37/38th game of the World Cup between France and Denmark is the first goalless draw of the tournament. A record that surely will never be beaten.

If anyone is finding it hard to get off to sleep when they get into bed….. I have a cure!

Get a copy of the game I’ve just watched….

It’s guaranteed to put you to sleep!! #shocking pic.twitter.com/An9atH3eJi

Watching the France vs Denmark game was about as much fun as listening to my Dad tell me about his colonoscopy over dinner.#DENFRA #worldcup #mufc

#bbcworldcup #FRADAN france and denmark should be removed from the world cup for trying to ruin it with THE WORST game so far !!! next time just dont play the game, let the fans know in advance so we dont waste our time . feel sorry for anyone who paid to watch that !!!!

That tackle on Griezmann is exactly the type of foul that should just be a red card. Most exciting moment of the game and it gets ruined by a foul. Punishment doesn’t fit the crime.

Marcos Rojo shows Gonzalo Higuaín how it’s done with a late winner to see Argentina through to the last-16…??

Look at the scenes…?

Lionel Messi dropping at 10/10 performance already and it’s only 30 minutes in the game. What a player ?

Only three players have scored at three separate World Cups for Argentina:

Three legends of the game for #ARG pic.twitter.com/FJwpHOGDew

Kenneth Omeruo, tell us about your experience when you saw Lionel Messi running past you?

Imagine being as cool as Victor Moses when taking that penalty. Goodness me. What a penalty. #NGA

Marcos Rojo: “After the match against Croatia, we were more united than ever. This goal is for my family and for this group that deserves it. Vamos Argentina!” pic.twitter.com/B1EgTW75QI

Marcos Rojo. The guy who can’t make toast but can save his country when they need him. What a man. pic.twitter.com/ihScVLDuCN

Marcos Rojo transporting your GOAT to round of 16s. #WorldCup pic.twitter.com/9UxvLWPoG3 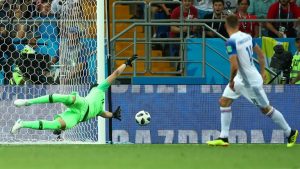 Goal for Nigeria and they move up to second

Goal for Iceland and they move up to second#NGAARG #ISLCRO

1 – Milan Badelj has scored his first goal in the World Cup with his first shot on target. Accurate.#CRO #CROISL #WorldCup pic.twitter.com/HnSVkhtZES

Gylfi Sigurdsson’s penalty for Iceland was the 17th converted penalty at the 2018 World Cup, tied for the most penalties scored at a single #WorldCup (also 1998) pic.twitter.com/svAyBHBtmZ

Gylfi Sigurdsson converts a penalty for Iceland – any others to have played for #salop to ever score at World Cup finals?

Mateo Kovacic did not misplace a single pass during his 80 minutes on the pitch against Iceland:

Breaking World Cup 2018 – Senegal Vs Colombia: And the Winner...