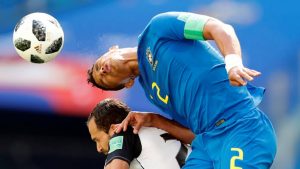 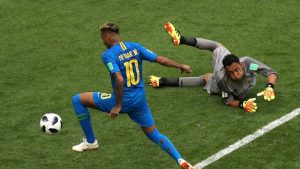 They’ll call out Neymar for anything, he does have the tendency to over sell but how are people still complaining about it lol the verbal dissing isnt stopping him from faking or being great so just get over it https://t.co/lz0muACL5U

I’m still not over the fact that Neymar literally yelled at the ref and said “Don’t touch me” then scored 7 minutes later..

If Brazil has this type of emotional reaction after beating a team from CONCACAF, no one can ever give the U.S. National Teams any grief when we do the same thing.

Glad we had this talk. pic.twitter.com/2U5Vt5DaBA

Brazil’s win meant so much to Neymar ??

He’s a superstar and the most expensive player in history but deep down he’s still that little kid from Brazil living his dream of playing for his country in the World Cup. pic.twitter.com/izXbcdWvP7 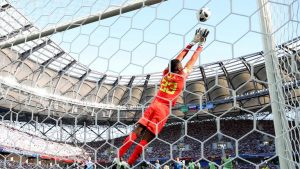 Another great goal scored in this #WorldCup . Gorgeous 1st touch then lashed in with aplomb by Ahmed Musa ? #NGAISL pic.twitter.com/5tBZxXLle7

Indulge yourself in the beauty of Ahmed Musa’s goals. ? pic.twitter.com/BBgwpOfaV7

STATTO@Ahmedmusa718 is the first Nigerian to score in consecutive World Cup tournaments.

Musa is the 1st Nigerian to score 2 goals in a World Cup game, now, first to score TWO goals in consecutive #WorldCup

Ooooooooh! Yes! Nigeria is back on track at the RUSSIA 2018 FIFA WORLD CUP. Ahmed Musa rekindled hope for Nigeria, with the well deserved 2 goals during the 2nd half after a terrible 1st half with Iceland. If… https://t.co/x4uXcFh5R2 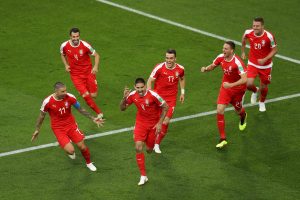 What a strike by Granit Xhaka a stunning finish ???? pic.twitter.com/O2esgvkEb0

18 – Aleksandar Mitrovic has scored 18 goals in 26 games for club and country in 2018. Resolution.#SRBSUI #SRB #WorldCup pic.twitter.com/5plYbodxF7

Controversy as VAR fails to suggest a review after Aleksandar Mitrovic was wrestled to the ground by two #SUI players https://t.co/UFooutX3yx pic.twitter.com/ztC0AgjSEI

A 5th minute goal by Aleksandar Mitrovic gives #SRB the 1-0 lead. It’s the 3rd-fastest goal scored at this #WorldCup.

Granit Xhaka doing the “duart e kryqëzuara” (Albanian eagle gesture) during his goal celebration. Xhaka’s father was a political prisoner before emigrating from the former Yugoslavia to Switzerland in 1990. pic.twitter.com/g4igcAPf2m

According to the Daily Mirror, these are five ‘Untouchable’ players in the mind of Unai Emery…

That goal will only prolong the myth that Granit Xhaka is a good footballer.

Shaqiri doing the same celebration as Xhaka. This tournament means everything to the players. pic.twitter.com/OXJa7koREw