The last two matches of the quarter finals were held of the ongoing FIFA World Cup 2018. The match wise highlights are appended below. 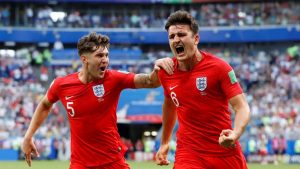 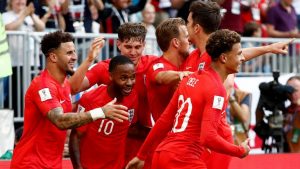 Opta are saying that is the most powerful header in the history of football.

The biggest compliment you can pay Harry Maguire today is that he delivered a CB performance in a major tournament Quarter-Final that John Terry, Rio Ferdinand and Sol Campbell & Jamie Carragher never managed

A group of #England fans celebrating the teams 2-nil win over Sweden were filmed jumping on furniture and throwing things around at an #Ikea store in London. Staff at the Swedish-founded shop watched in horror as fans flooded in #WorldCup (video @KingMo786 ) pic.twitter.com/5yNV8XHUoW

Sweden has become a country where billions and billions of dollars are spent on a gender science bureaucracy nightmare that mixes Prussian mass neurosis with North Korean mass psychosis. This madness must be stopped, identity politics from both left and right has to go. #svpol

There was no suggestion of using VAR in the England v Sweden game, mainly because there was no cynical fouls, no diving, no bookings… just two teams playing football fairly. Well done to all.