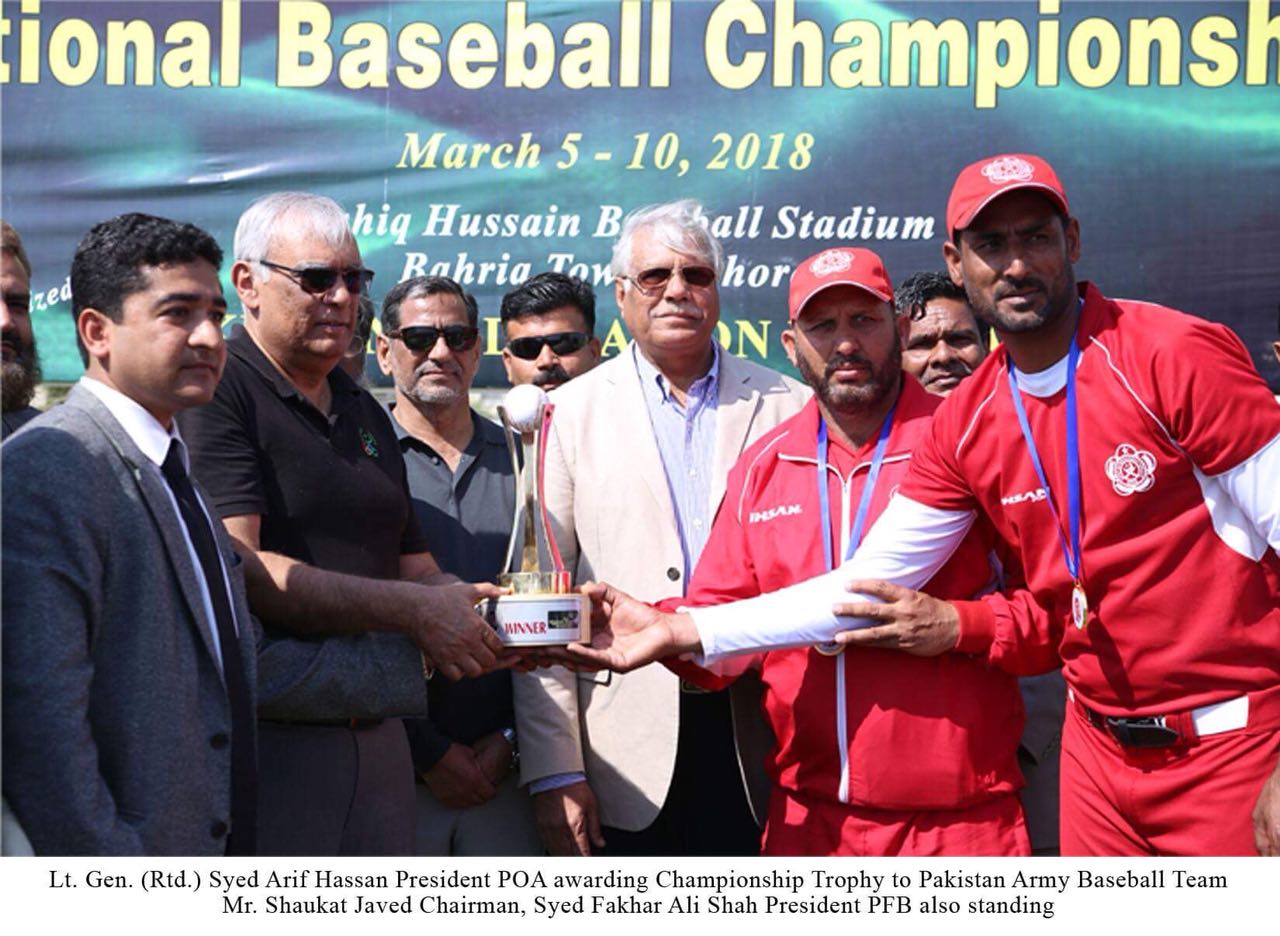 The Final consisted of 9 Innings which was won by Pakistan Army by defeating Pakistan WAPDA  8 – 6.

The Bronze Medal was presented to Pakistan Police Team by Brig. Ghulam Jillani.

Man of the Tournament  was received by Muhammad Usman, the  pitcher of Pakistan WAPDA.