The last time Pakistan managed to beat England at their home was in 1996, where the cricketing legend Wasim Akram led Pakistan team to victory. Since, then England have not faltered as they have drawn or won a Test series against Pakistan on their home soil.

However, just recently the Pakistan team led by Sarfraz Ahmad won the first test against England on their home soil in what appeared to be a dominating victory. Only one test remains of this 2-Test match series or Pakistan Vs England.

And without a shadow of doubt, Pakistan are the clear favorites to win the upcoming test.

Pakistan Vs England 2nd Test will be held at Leeds and Pakistan team is showing its determination by taking part in training sessions and getting ready for the last test of this series.

Allsportspk’s expert panel presents 5 factors that will be the deciding factors in the 2nd Test between Pakistan Vs England.

Factor 1: Can Usman Salahuddin Step Up To The Occasion? 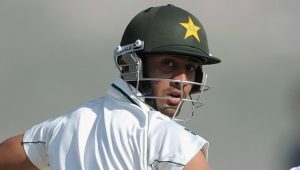 Pakistan’s top-order batsman Babar Azam played a clinical role in helping Pakistan to win the 1st Test against England as he made a prolific 68 in the 1st innings. But, in an unlikely turn of events, Azam misjudged a short ball by Stokes as it hit him on the forearm and he had to return to pavilion, retired hurt.

BREAKING News:Babar Azam ruled out from test Series due to injury whereas Pakistan Team Management after consultantion with Chief Selector and obtaining consent from Chairman PCB have decided not to call a replacement player for Babar Azam for England Tour” #PakVsEng @TheRealPCB pic.twitter.com/pA6JStKQJr

As, a replacement Usman Salahuddin who averages 46.53 from 99 first-class matches will play at Babar Azam’s position. This is a chance for Usman to claim his spot into the team but it won’t be easy as English bowlers will specifically target the inexperienced batsman. 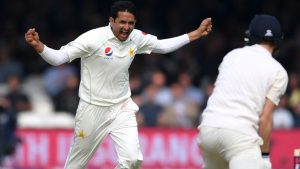 Pakistan’s pace attack was the main reason behind the victory in the 1st match as they managed to bowl out England both in the 1st and 2nd innings of the 1st Test. Plus, Mohammad Amir’s return to form is another advantage for Pakistan. As, the fast bowler will be looking to pitch the ball up and take wickets.

Factor 3: Shadab Khan – A Test All-Rounder In The Making 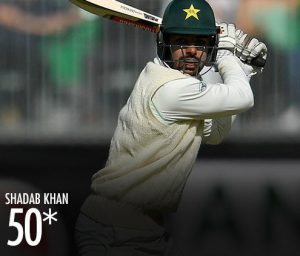 In the 1st Test, the young leg-spinner, Shadab scored a fifty in the 1st innings that helped Pakistan to get a sizeable lead over England. His batting ability plus his bowling prowess is slowly transforming him into an all-rounder.

Owing to the above mentioned traits, Shadab will be a force to reckon in the 2nd test against England.

England’s prized all-rounder Ben Stokes has been ruled out of the 2nd Test after he sustained a hamstring injury. This is a major blow for England as Ben looked threatening with the bat and ball in the 1st Test where he took 3 wickets and scored 38 runs in the 1st innings. 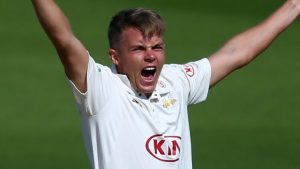 Stokes might be cleared for batting only, however if he is not included in England’s playing XI then, the 19-year old Sam Curran will be given a chance to showcase his skills in this Test.

Inexperienced Sam Curran will be targeted in the 2nd Test of Pakistan Vs England and the English side would hope that Sam embraces the pressure on his debut and gives an outstanding performance.

Pakistan’s fielding had been superb in the 1st test against England. Especially their slip catching as it played a great role in winning them the 1st Test. And, if Pakistan replicate this fielding performance in the last test then chances of them winning the 2nd Test will become much higher.

In the light of the factors stated above Allsportspk expert panel concludes that it is Pakistan who will have a clear edge in the 2nd Test. And, if they play their cards right they might win the test and claim a historic series win.

Squads have not been finalized as of yet, but the preliminary squads of both teams are as follows:

That is it from our side. Who do you think would win the Pakistan Vs England 2nd test? Will Pakistan clinch the series or will England make a comeback? Comment down below and let us know!